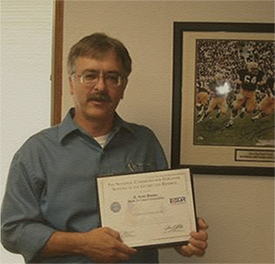 When a company signs a Statement of Support, it recognizes the National Guard and Reserve as essential to the strength of the nation and the well-being of communities.

"Wisconsin's Reserve and Guard members deserve the support of every segment of our society," said Al Wilkening, retired Major General, chairman of Wisconsin's ESGR Committee. "In the highest American tradition, the men and women of the National Guard and Reserve serve voluntarily in an honorable and vital profession. They train to respond to their community and their country in time of need."

Bank-A-Count Corporation joins other employers in pledging that: